BAIL USA INC. SHARING OUR PAST, MAKING A MARK IN HISTORY.

Mike has been with the Fairfax family of companies since 1997.  He started with Ranger Insurance, transitioned with TIG, Fairmont Specialty and eventually Crum & Forster.  His vision of creating the largest bail organization in the nation came to fruition in April 2019 when Crum & Forster purchased Bail USA, Inc. and acquired the bail portfolio from Accredited Surety and Casualty.   Mike takes a “people first” approach to business and ensured that all members of the Bail USA staff were offered positions as part of the acquisition.  He wants to ensure our agents continue to receive outstanding service by the people they have come accustomed to working with.

Beyond Bail Mike also runs a highly profitable Commercial Surety book of business for Crum & Forster.  In fact, during Mike’s 25+ years of experience he has used his MBA education in most areas of insurance (Bail just happened to be his favorite!).   Outside of work Mike focuses his time on family and fun.  Spending time with his wife and 3 kids on the lake or simply hanging out in the pool are high on his list of enjoyable activities.  He’s also never one to pass up an opportunity to hit the golf course when time allows.

Karyn joined Bail USA in 2003 in the licensing department and eventually progressed into the role of vice president in 2010. Karyn oversees the daily operations of the company including large bond approvals, consumer and insurance department complaints, lien releases, and maintaining nation-wide corporate licensing regulations. She also works closely with bail agents to ensure prompt dissemination of information from various state agencies.

During her spare time, Karyn enjoys various activities including traveling, shopping, cooking, horseback riding, biking, and skydiving. She enjoys spending time with her family and friends and is always up for a new adventure.

Jen was hired in 1994 and is currently supervisor to the bail bond compliance department of Bail USA where her responsibilities include overseeing bail agent reporting, analysis, inventory control, and distribution. Her role at Bail USA is multi-faceted as she also directs the cash management department, actively monitoring and maintaining build-up fund accounts, and developing relationships with institutions around the country.

A graduate of Sawyer Business School in Pittsburgh with an associate degree in business administration, Jen provides exceptional organizational skills and attention to detail dealing with our agents BUF accounts.

In 2009, Jen and her husband, Mike, welcomed twin daughters into the world who keep them very young at heart.

Prior to the bail industry, Joe dedicated five years as a jailer and law enforcement officer in Orange County, California. As a second-generation bail agent with experience writing retail bail since 2001, Joe is a strong advocate for the bail agent and the industry.

Joe graduated from the University of California, Riverside, and has been a life-long resident of Southern California. In his free time, you can find him taking weekend road trips, camping, attending concerts or hanging out near a beach.

Andy rejoined TMHCC in March of 2017 after a prior stint with the company between 2004 -2008 as the director of loss control. Making a career out of maintaining connections throughout the bail industry, Andy brings a wealth of professional perspective to the company. He has held positions within the industry in account management, agency runoffs and licensing, and has a diverse understanding of bail in a multitude of states. Andy currently oversees the forfeiture department, large bond approvals and transfer bonds, and is also involved with many state association meetings and conventions throughout the country.

As a third-generation California bail agent, he eagerly brings retail bail experience to share with the Bail USA team and agents.

Outside of work, Andy enjoys spending time camping and traveling with his wife and two children. Being an avid sports fan, he also enjoys playing golf and soccer. 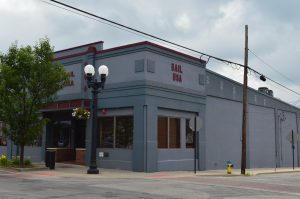