UNDERSTANDING WHAT BAIL IS & DIFFERENT TYPES OF BAIL BONDS.

Bail is the means by which the U.S.criminal justice system permits the release of a defendant from custody while ensuring his appearance at all required court proceedings. Bail is the legacy of Angelo-Saxon jurisprudence wherein defendants were delivered to their sureties, who gave security for their appearance. Bail bonds initially were put up by people who pledged their own property as security for the bond.

The commercial bond approach is by far the most effective form of bail, as demonstrated in the Bureau of Statistics study that compared commercial bonding with all other pre-trial release methods in getting defendants to court.

When a person is arrested on probable cause of having committed a criminal offense, he or she is incarcerated and booked into a detention facility. Bail is determined by a preset bail schedule or magistrate prior to arraignment. A bail agent is contacted, and he or she arranges to post the defendants bail, whereupon the defendant is released. The bail agent charges the defendant a premium (usually 10% of the bond) for assuming the risk of the defendants not appearing. If the defendant fails to appear, the court declares the bond forfeited and the bail agent, usually after getting an opportunity to recover the absconded defendant, has to pay the forfeiture, which constitutes the full amount of the bond.

Most states regard bail as a form of insurance. Hence, bail agents are licensed and regulated like any other insurance producer, subject to certain basic qualifications and pre-licensing and continuing education requirements. Most states also require bail agents to be appointed by an admitted bail insurance company. In addition, some states require that the bail agent be certified by a bail insurance company with a “qualified power of attorney,” the purpose of which is to confer limited authority on the agent to execute bonds.

Bail agents perform an extraordinarily valuable public service to law enforcement and accused people alike. The Bail Clause of the Eighth amendment to the Constitution embodies the longstanding Anglo-American tradition of favoring pretrial release of accused people. This frees up crowded jail space and permits defendants to participate more fully in their own defense. Bail agents, backed by financial resources of surety companies, make possible the pretrial release of in excess of 2 million defendants annually, at no expense to taxpayers, by providing assurances to the state that the people charged with crimes will appear as scheduled to answer charges.

(Provided by the State and Local Encyclopedia of Law Enforcement by Larry E. Sullivan, Editor-in-Chief)

A private system of bail, free of taxpayers support. Privately licensed bail agents post bonds with the court, guaranteeing a defendants appearance. Appearance becomes the sole responsibility of the bail agent and is the most effective bail system.

The defendant, or someone on his/her behalf, must pay the Court the full amount of the bail, in cash, in order to be released. The defendant and the co-signer, if any, must sign the bond that guarantees the defendant’s appearance at future court appearances. This is a governmental system.

This system is a government system in which people who have not been arrested before swear before the court that they will appear on their own accord for all required court dates.

This system is when an individual who owns real property receives a license from a state to use their own property as collateral for clients they post bond for. The courts monitor the liability Written as it cannot exceed a percentage of the property value. 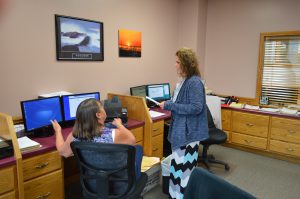